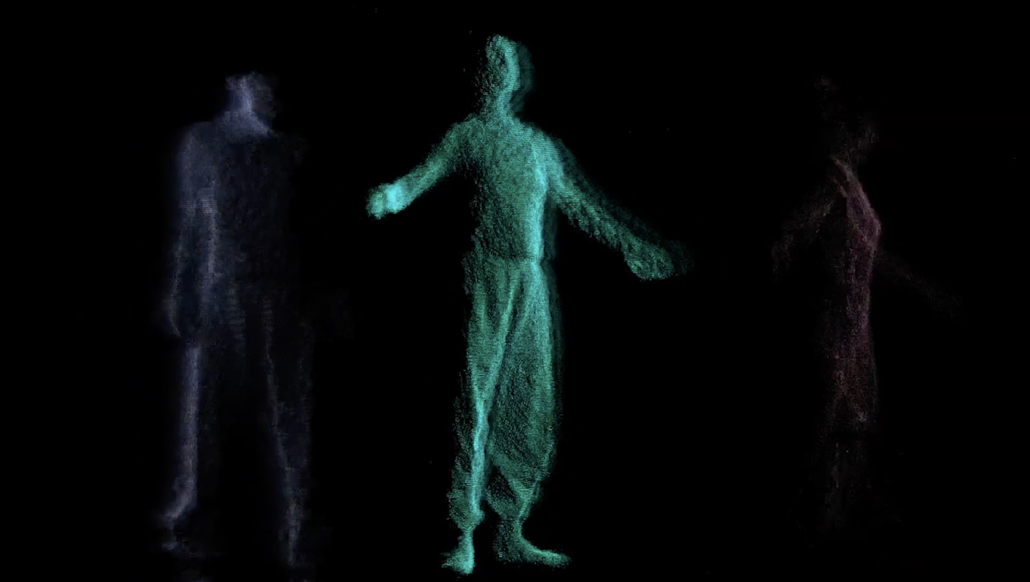 “To live is to pass from one space to another, while doing your very best not to bump yourself.” – Georges Perec

In a dynamic crossover of dance theater, videography and live music, “ONE” shows the kaleidoscopic story of O. For this young, anonymous woman, the natural connection between her inner world and the outer world has been broken. She is in isolation and tries to relate to her environment. Until she suddenly does cross the threshold. The outside world turns out to be too overwhelming and she withdraws again.

We are inspired by stories of hikikomori, Japanese (young) persons who completely withdraw from society. Sometimes they do not leave their room for years. Against these emotional stories, we juxtapose the observational language of Georges Perec, a French writer who wrote the collection “Espèce d’espaces” in the 1970s. In this collection he forensically examines the concept we have of space.

Although physical and social isolation has become a little less strange for us due to the covid pandemic, the phenomenon of complete social withdrawal remains difficult to imagine. It is estimated that more than a million Japanese suffer from this problem, but other countries have also reported on this phenomenon in recent years. ‘ONE’ touches on this issue by examining these countless hidden lives with language, dance and visuals, starting from the perspective of the mysterious O.

“One consists of three parts: a brilliant soundscape of heavy cello music as a city soundscape, a videography and a performance with desperation as the underlying emotion. This whole takes the viewer for an hour into a space that we know, but to which we never look closely. This discovery is of importance” – Kester Freriks, de Theaterkrant